Buffalo, NY might not be the location you picture when the topic turns to tropical beaches, tiki bars, coconut drinks and palm trees, but the spirit is alive and well in Western New York. Throngs of Parrot Heads, Trop Rockers, Beach Bums and the like will be descending upon Dunn Tire Park in Buffalo, NY on Sunday, August 31st to gorge themselves on the best chicken wings in the world and enjoy coast to coast Trop Rock. Buffalo's own Trop Rock recording artists Pirate Dreams will be joined onstage by the some of the best California Trop Rock out there provided by the Bay Area's Loren Davidson.

What is Trop Rock?

Trop-Rock is a sub genre of music that deals with tropical fixation. It can also be classified in multiple genres. Rock, Country, Jazz, Reggae, Cajun and Pop just to name a few. If it has a tropical feel and tells stories about far off islands, tiki bars, boat drinks or anything else that involves hanging on a beach with your toes in the sand, you could call it Trop-Rock.

The most famous Trop-Rock artist would be of course, Jimmy Buffett. His songs and attitude have permeated the psyches of thousands of "Parrot Heads" all over the world who summer after summer fill parking lots and stadiums nationwide cultivating their very own personal “Margaritaville” but that's just the starting point. There are hundreds of songwriters and artists all over the country who, not content with playing "Margaritaville" all night long, have struck out on their own to add their own spin to the whole Trop-Rock ideal.

The Trop Rock genre is quickly moving from an underground niche style to a full blown musical phenomenon with websites such as www.margaritamafia.com, www.meetthephlockers.com and online media such as Radio Margaritaville and The TropiCast Radio Network catering to the tastes of thousands of Trop Rock fans nationwide as well as multiple “Parrot Head Clubs” in every state in the union bringing fans together for fun and community service. Even country music star Kenny Chesney has been grooming himself with his latest album to monopolize on the whole Trop Rock movement.

Pirate Dreams flys the flag for Trop Rock in Western New York, being the only Trop Rock recording artists and the premier Jimmy Buffett tribute act in the area. The band was an experiment put into place 6 years ago by two music store schmoes who wanted to hang out at beach bars in Western New York all summer and get paid to do it. They started out as an acoustic trio playing Jimmy Buffet covers and other summertime songs that made girls in string bikinis jiggle. After the first summer it quickly escalated into a tropical fixation and a full band for the second and subsequent seasons.

The band took the whole beach bum attitude a step further in late 2006 with the release of their debut CD “Memento” a collection of seven tropically inspired songs. The band has been playing in support of this disc and work begins in October 2008 on the follow up to “Memento” due out in Spring of 2009.

Loren Davidson calls himself an “escape artist.” This has nothing to do with strait jackets and piranha-filled tanks. Loren’s art inspires and encourages others to escape from whatever is bringing them stress in their daily lives by exploring visions of life as it could be, sitting on a warm beach with a cold drink, even if only in their imagination. It’s music with tropical attitude, a virtual vacation to Key West and other points south, warm, and relaxing.

A Loren Davidson concert is like taking a mini-vacation at a moment’s notice. No need to make reservations or go through security; just walk in, sit down, and be transported to the Paradise in your own mind. It’s like therapy, only cheaper and lots more fun. Loren will show you how to make lemonade out of your lemons and margaritas out of your limes. Loren currently lives, works, and plays in the San Francisco Bay Area.

Meeting and developing a relationship on the “Parrot Head” networking site www.meetthephlockers.com, Loren will be joining Pirate Dreams onstage Sunday, August 31st at The National Buffalo Wing Festival. They'll be generating some coast to coast goodwill, playing each others songs as well as the Jimmy Buffett and Trop Rock favorites that Western New York Trop Rockers have come to enjoy and expect over the last six years. Pirate Dreams is scheduled to play between 2pm and 7pm on Sunday 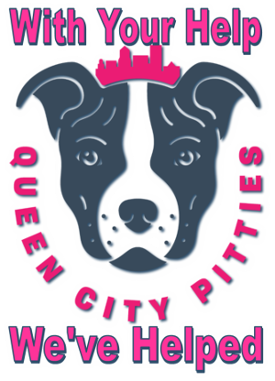 Your tips help us support a great organization. So far you've helped us raise $100 for QCP!